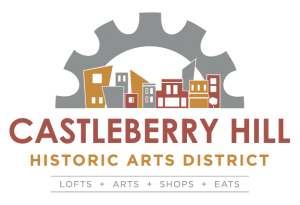 by Peter Ferrari
Alley off of Haynes or Mangum,
between Walker & Peters 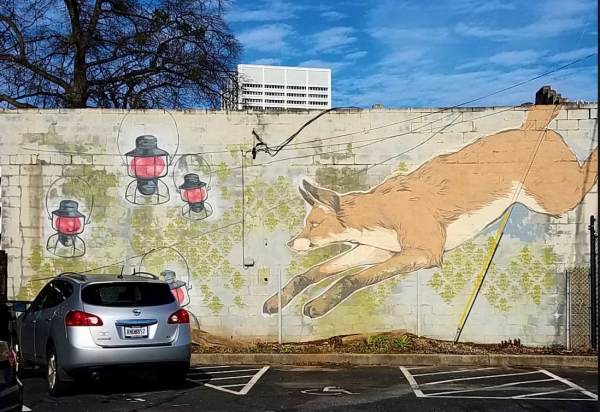 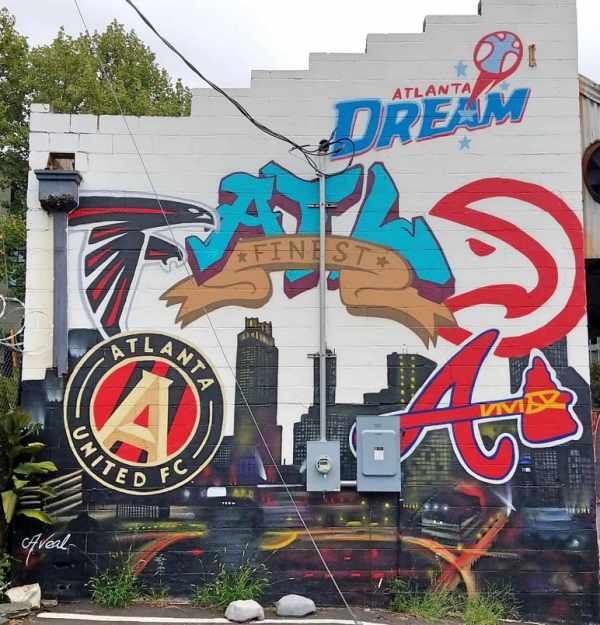 Faatimah Stevens lives in Atlanta, studied at the Atlanta College of Art and SCAD, and has a BFA in Studio Art from Georgia State University.

Brandan Bmike Odums is a well known artist in New Orleans. He is at Bmike.com, Twitter @2cent_bmike and Instagram @bmike2c

Travis Love is based in Atlanta and has a BFA in Graphic Design from the Art Institute of Atlanta. He has produced murals across the US. He is at TravisLove.com and @TravisLoveArt

Pash Lima is a painter and tattoo artist. He studied at the School of the Museum of Fine Arts in Boston, the University of the Arts in Philadelphia, and Hussian School of Art in Philadelphia. He is @PashLima on Instagram, Twitter & Facebook. He is also at PashlLimaArt@gmail.com

Matt Letrs studied Graphic Design at The Art Institute of Atlanta. Matt founded All City Murals and works with Forward Warrior. He is on Instagram @Letsgopaint and Letsgopaint.co

Forward Warrior is an annual event in Atlanta where muralists get together and collaborate on murals. They are well known for a half-mile of murals in Cabbagetown. They are on Facebook @ForwardWarrior.

Peter Ferrari was born in Atlanta, and returned in 1991. He is known for slightly psychedelic patterned murals, and created Forward Warrior. He is on Facebook @PeterFerrariArt.

Marcy Starz has a BFA in Visual Art from Kennesaw State University. She is at Marcy.Starz@gmail.com and MarcyStarz.com

Chris Veal has murals all across Atlanta. He is on Instagram @caveal and Facebook under Chris Veal Art.